TD Independent for Laois Offaly Carol Nolan said Bord na Mona’s claim that it will create 885 jobs in the Midlands over the next five years has been met with a great degree of skepticism and utter disbelief in communities of the constituency.

MP Nolan was speaking after Bord na Mona CEO Tom Donnellan told the Cloncreen Wind Farm that around 1,100 jobs will be created nationwide by Bord na Mona, of which 335 will be created through partnerships with third-party companies. He was joined by Taoiseach Micheál Martin and Environment Minister Eamon Ryan last week for the announcement.

“Most of the working people and ordinary families who listened to Bord na Mona’s recent announcement will not have greeted this with the kind of unbridled enthusiasm the company was hoping for,” said MP Nolan.

“Instead, they will have looked at the history of Bord na Mona’s actions over the past few years and realized that this is a company that has reneged on its firm commitments regarding the period. of the Just Transition Strategy, reducing it from a manageable period of ten years to a few months, regardless of the impact on employment that this decision has had ”, she added.

“They will have remembered the kind of treatment part-time peat contractors received, and they will have seen the company’s capitulation to an inconsistent green agenda that, as we speak, threatens 17,000 jobs across the country. the horticultural sector.

“What does a commitment to generate rural jobs in renewable energy and the circular economy look like?

Bord na Mona also said that many of these jobs would be expected to be created in operations such as wind farms.

“But the point is this; there is simply no way to guarantee these jobs or wind farms when you consider the right of local people to protest their location and the complexity of our planning process.

“The sad reality is this: scores of people in Offaly, Laois and the wider Midlands have lost faith in Bord na Mona. They just don’t believe the company is really there to protect their interests.

“Mr. Donnellan’s announcement and the gloss put by Taoiseach Martin and Minister Ryan will have done absolutely nothing to diminish this obvious fact,” concluded MP Nolan. 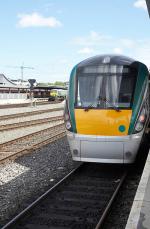