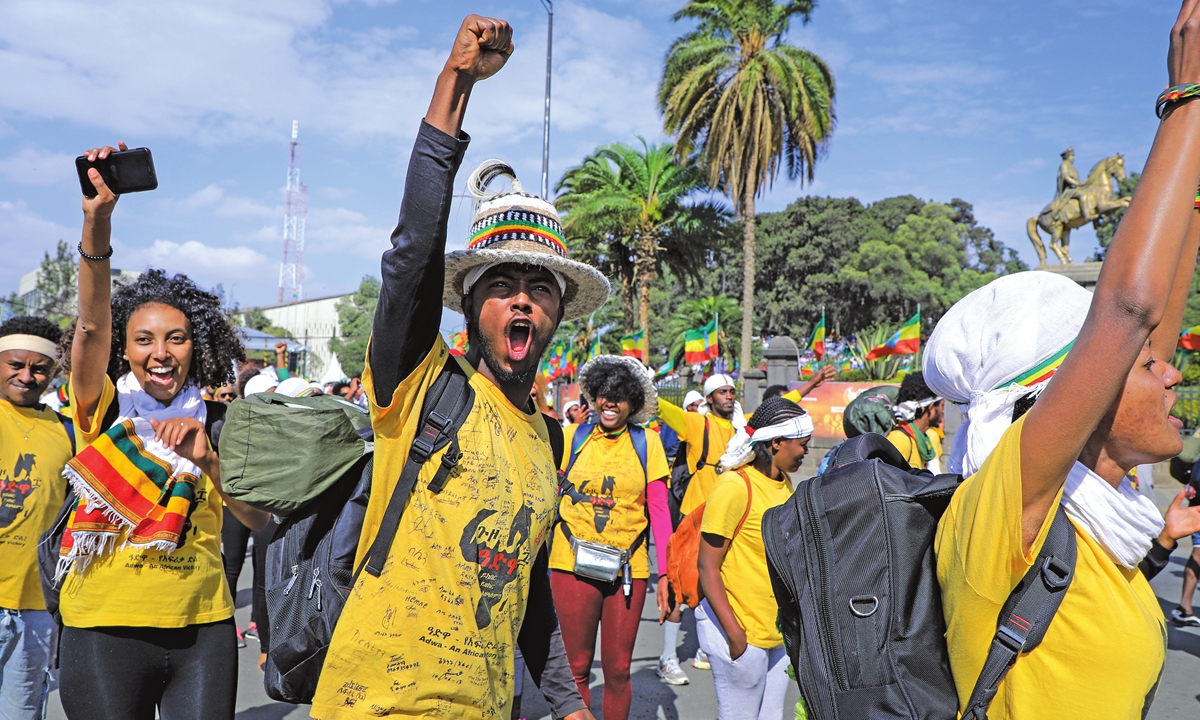 Energy cooperation under the Belt and Road Initiative (BRI) has enabled Ethiopia, which is rich in renewable energy reserves, to complete the power transmission lines between Djibouti and Sudan, paving the way for regional power connectivity in addition to export, energy cooperation and common development, Ethiopian Ambassador to China Teshome Toga Chanaka said.

“In addition, Ethiopia has also signed an agreement with Kenya and other countries for electricity exports,” Teshome said. “It’s not because we are already self-sufficient in energy, but because sharing what we have with our neighbors is very important for regional integration.

Known as an economic engine of Africa and focusing on the transition to renewable energy sources in recent years, Ethiopia has intensified its cooperation with China by undertaking large-scale projects, including the construction of a high voltage power transmission line to the 6,450 megawatt hydroelectric dam currently under construction on the Blue Nile. River, the 51 megawatt Adama I and 153 megawatt Adama II wind farm projects and the 300 megawatt Tekeze hydroelectric project.

“We have a huge source of energy in Ethiopia. Most of it is renewable energy sources, including wind, solar, hydro and geothermal,” the ambassador said. “And Ethiopia strongly believes in regional integration and regional cooperation because we are destined to live together.

Energy cooperation, which accounts for around 40% of Chinese investment in the BRI, has grown rapidly.

Countries, including Cuba and Morocco, have become the latest members of the Belt and Road energy partnership, according to the National Energy Administration on Monday. The inclusive and newly expanded partnership network now has 32 members and aims to promote energy cooperation in BRI markets as countries pursue a low-carbon economic transition.

Renewable energy sources are developing rapidly around the world, a report released on Tuesday by the China Electric Power Planning & Engineering Institute showed that installed capacity from renewable sources will account for about half of all power generation facilities in Southeast Asia by 2030.